It was announced this month that there will be a revamp of a previously existing entrepreneurial scheme. This newly revamped scheme will mean that first time entrepreneurs will be able to claim back thousands of euro in tax relief in order to offset their start-up costs.

The SURE scheme (Start-Up Relief for Entrepreneurs) was recently launched by Finance Minister Michael Noonan and Jobs Minister Richard Bruton. The scheme comes as a response to the latest employment figures, which suggest that two thirds of all new jobs are created by new start-up companies. Minister Bruton has stated that this new tax relief is important because many start-up companies have “fallen into pitfalls where cash runs out before their potential is fulfilled.” This new scheme could mean increasing longevity for these companies who may need an extra push in today’s difficult marketplace.

Some of you may remember that a similar scheme had previously been in place as well as the capital gains tax incentive for new entrepreneurs. Mr Bruton has suggested that this previous scheme received a relatively small amount of interest, as there was a lack of understanding about what was involved in the process. It is hoped that the SURE scheme will offset these difficulties as it essentially involves directly offering assistance to those considering starting their own business. The funds will be offered up to a value of 41% of the total capital invested. Depending on the size of your investment you may be entitled to a refund of income tax paid over the 6 years prior to year in which you invest.

So, how do you know if you qualify for this scheme? The following are the basic guidelines:

These are, of course, just the basic guidelines to give you an idea of how to qualify for this exciting new scheme. If you should be interested in assessing your own eligibility for the SURE scheme, we at DCA Accountantsare here 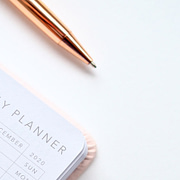 Solutions for your business to help start 2020 positively… 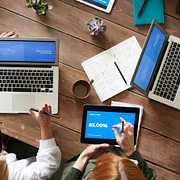 5 Tips for leading your company out of a crisis

Voluntary Strike off VS Liquidation