It has been reported recently that although these changes will be widely accepted, some minor changes may need to be made. As we previously stated, the main proposed change would be that the discharge term for bankruptcy is to be reduced from three years to one year. This would be a major change in Irish bankruptcy procedures and would allow for those individuals who have been made bankrupt to return to business far sooner than was previously possible.

An amendment has been suggested on the proposed document. It was originally stated that those who have been bankrupt for more than one year prior to legislation being passed would see their bankruptcy discharged after 3 months. It is suggested that the government may now amend this to six months. This will still allow for many people to have their bankruptcy period greatly shortened, and it is hoped we will then see many entrepreneurs surge back into the market.

Another major change to Irish bankruptcy proceedings is in relation to the seizure of family homes following bankruptcy. TD Willie Penrose who is the main driving force behind these changes has proposed in his bill that these properties must be sold within three years, or be returned.

There have been some whisperings of these changes making bankruptcy appear a more attractive option. IMHO Chief Executive David Hall has rubbished these claims stating that:

“Going bankrupt is a daunting process for anyone – subjecting yourself to having the knives and forks in your house counted by a third party to establish what asset value you have in your house.”

Indeed, the very idea of the word bankruptcy is an incredibly daunting notion for anyone to face. It is hoped, however that these new changes, whilst bringing Irish law into line with Northern Ireland and the UK, will also make the process somewhat less devastating. This perhaps will then assist in Irish recovery as we see some of our entrepreneurs and hard-working business owners who have fallen on hard times make a swifter return to business.

Once again, we hope that this clears up any confusion about the ongoing changes within bankruptcy law and procedures in Ireland. If you yourself are experiencing difficulty and would like to know more about the process, please don’t hesitate to give us a call here at DCA Accountants. 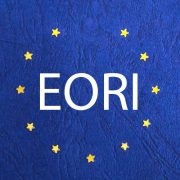 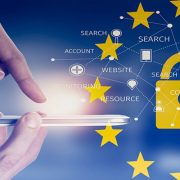 MERRY CHRISTMAS & A HAPPY NEW YEAR FROM DCA
We use cookies to ensure that we give you the best experience on our website. If you continue to use this site we will assume that you are happy with it.Ok
Scroll to top