With the General Election edging ever closer, taxation has once again come up as quite a hot topic. Everything from the abolishment of the USC to increases in taxation have been discussed ad nauseum in recent weeks. However there is one important taxation issue that is often overlooked, despite being a reality for many workers in this country. The issue at hand here is the many ways in which self-employed individuals find themselves carrying an extra weight of taxation due to their employment status than their PAYE paying counterparts.

Figures from 2014 suggested that the percentage of the Irish workforce who are self-employed makes up nearly a quarter of the overall workforce at over 17%. Thus, the financial burden of harsher taxation here is one which affects a large percentage of our working population and is an issue which demands to be raised. So, if you or your loved one is currently self-employed, just how much of a tax disadvantage does your self-employed status put you at?

One way in which the self-employed are at a disadvantage is through the percentage of tax they must pay. All employees, whether self-employed or otherwise will pay the top tax rate of 52% on all income up to €100,000. However it is when income goes above this figure that self-employed individuals will have to pay an additional amount of USC, which is not applicable to other employees.

The PAYE tax credit is another nail in the coffin for the self-employed as those in the PAYE system gain a €1,650 tax credit each year which can have a lightening effect on your tax bill, this tax credit is not applicable to self-employed workers who will instead now earn a €550 credit on earned income from 2017.

Self-employed workers may also find themselves missing out in terms of paying PRSI. Self-employed individuals must pay PRSI at 4% on any earnings over €5000 whilst PAYE employees do not pay any PRSI if they earn less than €18,304 per year. This difference in PRSI thresholds means that the self-employed person will have paid a significant amount of tax before other employees need to consider it.

If you are self-employed and concerned about perhaps having overpaid tax, we would recommend getting in touch with Revenue for a re-evaluation of your payments from the past four years. If you find yourself in need of assistance with your own or your company’s finances, please don’t hesitate to contact us here at DCA Accountants where we will be happy to help. 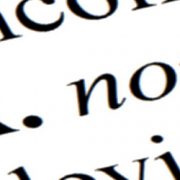 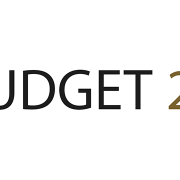 TAX BACK: WHAT’S THE CRAIC?

THE RISE AND RISE OF THE POP-UP SHOP
We use cookies to ensure that we give you the best experience on our website. If you continue to use this site we will assume that you are happy with it.Ok
Scroll to top