Over the past year, we have discussed mortgage issues at length with the various new changes to mortgage rules and the difficulties this has posed for both business and home buyers, in particular, for the first time buyer. It has become clear since the introduction of these new guidelines that the number of first time buyers was in decline. Recent reports however have shown that not only is this the case, but also the number of mortgages being approved has fallen in recent months.

Data from Banking and Payments Federation Ireland (BPFI) shows that from December to February, 1,951 mortgages were approved, which is a drop of 15.1% when compared with the same period in 2014-2015. First time buyers accounted for half of these approvals, whilst re-mortgages accounted for just over 13%. With the number of first time buyers apply for mortgages dropping by 27% in recent years, it is clear that the introduction of the new mortgage rules will continue to have a far reaching consequences on the property market.

Rachel Doyle of the Professional Insurance Broker’s Association (PIBA) lamented the situation and its long lasting effects recently, saying that

“The question now is, how much deeper is this crisis going to get before it turns around. If this situation becomes prolonged it will not only continue to prevent first-time buyers, primarily in their 20s and 30s and living in urban areas, particularly the greater Dublin area, from buying their first homes but it will impact the wider economy.”

Another change we are seeing is that the actual value of the mortgages approved was down by 5.8% from January to February, undoubtedly a result of new mortgage rules and the slight increase in spending over the Christmas period. The mortgages approved during this three month period are estimated to be worth around €374 million total, which remains in line with the 14% drop in value each year that we have seen in recent years.

We are all aware that there is to be a review of these mortgage rules to be published in November, and whilst prospective buyers will be hoping for some changes or leniency, recent comments suggest that this may not be the case. Chief economist Gabriel Fagan spoke at the recent presentation of the Central Bank’s quarterly accounts and stated that whilst a review will be published, it will certainly not result in the abolishment of these rules, and that there is the possibility that the rules may in fact be tightened.

Don’t say goodbye to that silver lining of home ownership just yet though as there is still a chance of change. Until that point, if you require any assistance or advice on your own financial matters, please don’t hesitate to contact us here at DCA Accountants.

“We shouldn’t think of a change taking place,” he said, adding that the rules may not be changed at all, or may in fact be tightened. 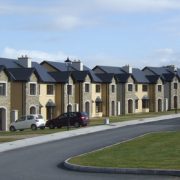 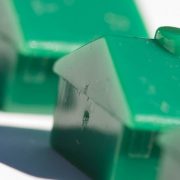 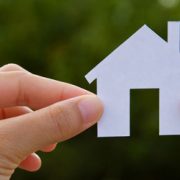 WHOSE HOUSE IS IT ANYWAY?

The Help To Buy Scheme for First Time Home Buyers

SHOW SME THE MONEY!
We use cookies to ensure that we give you the best experience on our website. If you continue to use this site we will assume that you are happy with it.Ok
Scroll to top