As a director of a business of any size, whether a co-director or a single director you will likely play a vital role in the day to day running of the company. The role of a director is a crucial one which cannot be overlooked as they will be responsible for outlining the overall goals and strategies of the company as well as for overseeing the business and putting into place procedures to ensure the continuing success of the company. The director is also the individual who will be faced with the toughest decisions should the company begin to show signs of failure. Even so-called “passive” co-directors who may be director only in name and not in actions need to be aware of the weight carried by the title as they can be brought to the fore should issues arise, as evidenced in last year’s case featuring model and presenter Glenda Gilson in which she was ‘deceived’ by her co-director brother about the poor handling of company matters.

More recently A&L Goodbody have written about a case “Murphy V O’Flynn wherein a liquidator sought a court order restricting directors William and Deirdre O’Flynn from acting as directors of their company following a repeated failure to file the appropriate accounts. This was deemed a severe failure and a breach of obligation by the company directors. Whilst Mr. O’Flynn made no objection to the order against him, Mrs O’Flynn claimed that she had been deceived by her husband in regards to the company affairs offering forgeries of her signature as evidence. As the judge in this case was satisfied with her testimony, she was not restricted by the high court.

The importance of cases like these cannot be overstated as it highlights an Act which all prospective directors should be aware of. Section 819 of the Companies Act replaced section 150 of the same Act. This stipulates that a director must establish that he/she has acted honestly and responsibly in relation to company affairs before or after insolvency, as well as having co-operated with winding up and liquidation proceedings as much as possible.

These cases showcase the importance not only of directors, but of active directors. As a partial or full director of any company it is your responsibility to ensure that you keep abreast of company dealings as even ‘passive’ directors have a responsibility to their company and clients/creditors.

Should you have any queries or require any advice or guidance on your own company and financial matters please don’t hesitate to contact us here at DCA Accountants where we will be happy to help.

DCA Q&A: CAN I AVAIL OF STATE SUPPORT?

MORE BANG FOR YOUR BANGS

DCA Q&A – SHOULD I MOVE FROM SOLE TRADER TO COMPANY? 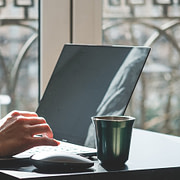 A Guide to Working At Home…

DCA Q&A: HOW DO I REPORT MY CONCERN?