The now infamous term ‘Brexit’ (meaning Britain’s exit from the European Union for anyone that may have been actively avoiding the news in recent months) is one that has long been met with apprehension and uncertainty from our shores. As a relatively small country we find ourselves somewhat reliant on our larger neighbour for certain amounts of trade and, as such we have been unsure of what this move would mean for Ireland’s continuing recovery as well as our own trade options.

There seems to be good news on the horizon this week however, as it was announced that according to research from Ernst & Young’s London office, Dublin is now the most preferred Brexit location for financial services companies. A move in this direction would be an incredibly positive one for Ireland, with Dublin already being somewhat of tech hub with companies like social media giant Facebook choosing to have their European head office here. This also places Dublin ahead of Europe’s current financial centre, Frankfurt which is a major boost to how Dublin is perceived in the financial sector.

Whilst Dublin may only be slightly ahead of Frankfurt, this is a significant indicator of positive movement following Brexit as the survey included 222 banks and other institutions, showing that Dublin is being considered as a real and viable option for European trading following Britain’s imminent departure from the European Union. It is reported that 19 companies mentioned Dublin as a potential destination they would consider moving operations to following Brexit.

In recent months, Ireland has already won out over our competitor Frankfurt in securing banking giants such as Barclays to our shores. There is of course no commitment attached to these findings, but it is encouraging to know that Ireland is one of the first options to come to mind for financial services companies in these uncertain times.

It is both a time of excitement and uncertainty for Ireland as Brexit approaches and should these companies put their contingency plan into action we may well see some positive changes for our country come as a result of this upheaval.

Should you require any help, guidance or assistance on any business or financial matters please don’t hesitate to get in touch with us here at EcovisDCA, or pay a visit to our new office where we are now all settled in and ready to be of assistance. 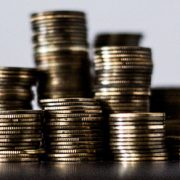 Who’s going to Drive You Home?
We use cookies to ensure that we give you the best experience on our website. If you continue to use this site we will assume that you are happy with it.Ok
Scroll to top