As January gets into full swing and we all settle back into the daily grind of working life, some of our New Year resolutions may be left behind or pushed aside in favour of those resolutions promising more longevity or better return of investment. High on people’s lists of resolutions is often the vow to save more money in the coming year. Whilst the increasing cost of living might make this quite a difficult task, it is often one of the most rewarding resolutions as the results can be clear to see. We have spoken recently about some of our top tips for saving in the New Year, and it seems like you will not be alone in your savings endeavours.

The Bank of Ireland Savings and Investment Index, published on 15th January shows that over half of Irish consumers were regularly saving during the December period. December is of course a rather difficult time for savings, and this sentiment was also reflected in the findings. Tom McCabe, global investment strategist with Bank of Ireland Investment Markets was quoted as saying:

“”Irish sentiment towards savings and investments eased in December mainly as a result of a weaker outlook for the savings and investment environment. This may be temporary given recent trends in the index but could also be an early indication that savers are looking for better returns on their money and are willing to consider alternatives to their savings account.”

This shows that although Irish consumers are continuing to save, there is a lingering fear that savings are no longer generating enough of a return in their traditional savings methods. This may see a shift in the Irish market towards investments rather than traditional saving. The Index found that 34% of Irish consumers also invested regularly during the month of December, much like the savings findings this could be either temporary or indicative of a new trend in Irish savings.

Hinting towards this being a possible new Irish trend is the fact that investments were more prevalent in the younger generation with 39% of under 50s regularly investing whilst only 26% of over 50s were found to be investing during the same period. Perhaps unsurprisingly, investment numbers were higher in November than December, which is to be expected as December is often a month in which consumers have less disposable income.

These findings also found that the Irish population have a strong preference towards saving should they encounter any windfall gain, but also a new move towards considering investments with windfall amounts.

Should you require any help or guidance on any savings, investments, business or personal finance matters please don’t hesitate to get in touch with us here at EcovisDCA.

AIB TO THE RESCUE 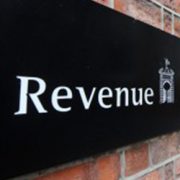 Pensions - it really is a case of Fail to Prepare… 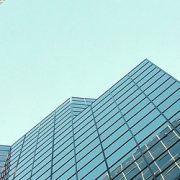 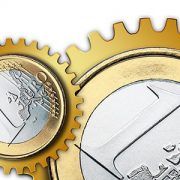 The Links that make the Chain

The Affordable Mortgage Scheme
We use cookies to ensure that we give you the best experience on our website. If you continue to use this site we will assume that you are happy with it.Ok
Scroll to top