As January draws to a close and we emerge bleary eyed from the post-Christmas slump things start to cheer up. The days start to get brighter for longer and we are no longer coming and going from work in total darkness. The sun begins to warm up for spring and we start to slow down our bemoaning to our colleagues the absolute length of January and we cast an eye towards booking our summer holidays. With this casting off of the darkness of January, we all like to receive a bit of hopeful news and this week there has been talk of some wallet-bulking changes.

It was reported this week as part of Bank of Ireland’s monthly Economic Pulse survey that almost half of workers can expect a pay rise this year as employers begin to make more plans to increase wages. This follows on from the findings that firms in all disciplines have heightened expectations for January’s business activity. Data from January shows that 44% of business owners are planning to increase employee wages this year, which is an increase of 7% from last year. It is believed that this is reflective of both the increase in minimum wage and a tightening of the labour market over the past 12 months.

Chief Economist with Bank of Ireland Dr. Loretta O’Sullivan has stated that

“The mood was positive this month […] the economy is doing well and public finances remain on track […] the Economic Pulse started the new year on a positive note, with consumer confidence posting a two-year high and business sentiment up on December’s reading. While some of the improvement this month is due to seasonal effects, the Budget changes to social welfare payments and income taxes lined pockets in January, as did the rise in the national minimum wage, which helped lift the mood”

This is of course a very positive note on which to begin the New Year as the post-Christmas sales also increased consumer confidence as almost half of consumers have stated that post-Christmas was the perfect time to make major purchases for the home like electrical goods or furniture. It was also found that despite rising house prices eliminating many from the market, over 30% of existing homeowners are planning on spending large sums of money on home improvements in 2018.

Bank of Ireland have stated that despite these positives, it is important that businesses not become complacent particularly in the unknown field that Brexit presents.

Should you require any further guidance please do not hesitate to get in touch with us here at EcovisDCA where we will be happy to assist you in starting 2018 on the right foot. 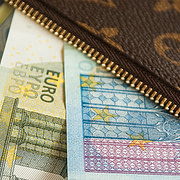 Pensions – it really is a case of Fail to Prepare…

SME’s The Backbone Of The Irish Economy
Scroll to top