Louder than the Lions

The Companies (Statutory Audits) Act was officially enacted on July 25th 2018 following a lengthy period of concern and a debate on July 10th. This Act mostly focuses on implementing updated to the EU Audit directive and on implementing appropriate auditing legislation in Ireland.

Unfortunately, as tends to happen in Irish Business Law, there were some poorly thought out amendments made to this act which have been major causes for concern over recent weeks. One example of an area which was in dire need of clarification and change was in Sections 9 and 10 of the bill which removes the option to apply for exemptions after falling late (S. 343), and requires smaller companies to apply to the High Court for any exemptions. Previously, the CRO (Companies Registration Office) had themselves stated that it would be cost prohibitive to involve the High Courts in these matters, so evidently these were clauses which may create more issues than they were worth. It was originally thought that these new clauses were created in order to prevent repeat offences, but it was ultimately felt by business owners that this may not be the best way to deal with this issue, as Revenue themselves clamp down more effectively on these issues.

There have been many lobbying against these changes and reports suggest that this kind of major immediate change could have negative consequences on the smaller businesses which form the backbone of Irish businesses. It seemed that there would be no movement on these decisions as the Ministers seemed entirely steadfast in their decisions. This, along with numerous letters issued to local TD’s eventually lead to the debate of July 10th.

Following on from this debate there was finally some good news recently for accountants in practice as their voices were finally heard and it was decided that the proposed amendments were utterly inappropriate and not feasible. Companies who find themselves falling late can still make an application under S.343 for an exemption or to extend their filing date to avoid fees mounting up.

Should you have any concerns or queries about these or any other business and financial matters, please don’t hesitate to contact us here at EcovisDCA, where we are always happy to be of service. 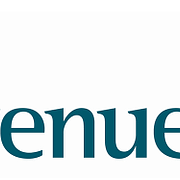 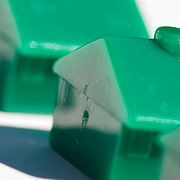 The Housing Market – What’s Next? 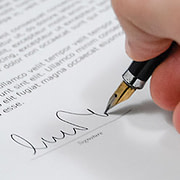 CRO Getting Tougher On Non-Compliance