Entrepreneurs exist in a section of Irish business that is often overlooked when it comes to grants, relief and assistance. It is an area that is prized and valued in terms of training initiatives, but often forgotten about when it comes to actioning. Entrepreneurship remains the riskiest sector of Worldwide business, but particularly in Ireland which is quite a small pond for any business-savvy fish to set up shop in. As we all know, SMEs form a massive part of all Irish businesses, and we have spoken recently about the ways in which increased support is being made available to these businesses, so this naturally begs the question as to why the same isn’t being extended to entrepreneurs who may be poised to become the next big names in SME or even large-scale enterprises.

The chorus of voices crying out for change and support in the entrepreneurship sector has increased exponentially in recent months. This call for change has begun to spread to state agencies with Enterprise Ireland becoming involved and in February, divisional manager of the high-potential start-up unit, Joe Healy went as far as to call entrepreneurs “The real heroes of the Irish economy who deserve recognition and attention”.

Mr Healy also revealed that Enterprise Ireland had invested €23million in start-ups in 2018, including many of the high-potential start-ups and expressed his belief that there should be increased support and recognition for entrepreneurial risk-takers as they are ambition, resilient and innovative, which should all be highly prized in the business world. Healy also expressed his desire that this support encourage more female entrepreneurs to take the lead in Ireland going forward as he has seen an increase in the number of female entrepreneurs in the last 2 years.

While there are currently no large-scale plans for governmental support of entrepreneurs, the government have been repeatedly called upon to overhaul the Capital Gains Tax system and the Employment Incentive and Investment Scheme for entrepreneurial candidates. With the addition of a state funded body like Enterprise Ireland adding their voices to the cry for change it is hoped that we may soon see more steps in the right direction. As Healy stated:

“There are still challenges around retaining and attracting talent, and we need to ensure that the tax system supports and encourages risk-takers […] Not only changes to reward the real heroes of the economy but the tax system must be internationally competitive […] The taxation environment is critically important for starting and scaling companies. It is a key factor in the overall competitiveness in Ireland […] There is a need for an entrepreneurs’ relief scheme to reflect the risks of setting up a business, and a share options scheme to reward shares.”

Perhaps we may soon see Irish entrepreneurs being capable of entering the worldwide business market in a more competitive manner. In times of financial recovery such as these “risk” can often seem like a dirty and dangerous word, but this is perhaps exactly the right time to reward innovators and risk takers.

Should you have any concerns or queries on any business or financial matters, please do not hesitate to contact us here at EcovisDCA where we are always happy to help.

HOME IS WHERE THE TAX RELIEF IS? 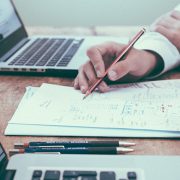 SME’s The Backbone Of The Irish Economy 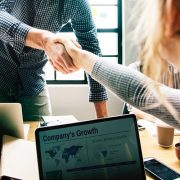