As we head into the Autumn months, Britain’s planned exit from the European Union in October looms ever larger, and the expected repercussions for Ireland and Irish trade with the United Kingdom remain in question. As we have discussed previously, preparation is key for this massive change as we are sure to see some impact on our shores.

It was suggested this week that we might already be seeing signs of Brexit fears creeping in. This is unsurprising as thus far we have had no definite answers and many time extensions. With a set time now on the table, the situation becomes instantly more real and as a result, we will begin to see fears seep into the world of trade in Ireland.

Despite the fact that latest employment figures show that employment increased by 2% in the 12 months to the end of June. On the surface this might seem like further good news for our continued economic recovery as growth in any area is undoubtedly positive. However, this is the slowest growth in employment we have seen since the beginning of 2013, hinting at the first true sign of Brexit fears among employers. Growth is naturally always a good thing, but here we see a serious slowdown of growth alongside a very small fall in employment figures (a 1% drop) showing that the looming ghost of Brexit is starting to solidify in the minds of Irish employers as a real threat.

Minister for Finance Paschal Donohue has dismissed any notion that Brexit and this slowdown may be connected but interestingly pointed out other areas of the economy which are being affected by Brexit concerns, stating:

“If you look at the half overall in the numbers they show annual employment growth overall of over 40,000 jobs in our country […] They show more people at work than we’ve ever had and indeed they show more people moving to Ireland to work in our economy. So, for all those reasons the trend in quarter two I don’t see reflecting Brexit points for now. […] But I would acknowledge that there is a growing reserve in consumer sentiment and investment point of view regarding the effect that Brexit might have on the economy both now and in the future,”

There are conflicting reports over whether the two can truly be connected as there are currently so many outside forces at play that can affect the Irish economy, but the general consensus is that it is as always something to be wary of and take into account moving forward into an uncertain future.

Should you have any queries or concerns on any business or financial matters please do not hesitate to contact us here at EcovisDCA where we are always happy to be of service. 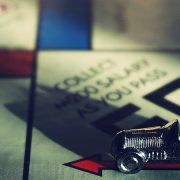 When Planning Ahead, Never Forget the Danger of Recession… 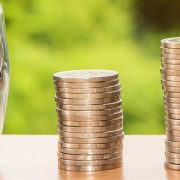 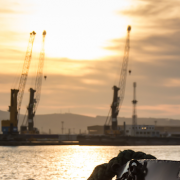 Safeguarding your Business against the Brexit Blizzard

Is your Business Brexit Ready?
Scroll to top