You are here: Home1 / Consultants 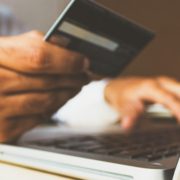 Revenue to withhold EWSS from firms who fail to file on time.

As we are all aware, the emergency funds set up by the Government at the beginning of the Covid-19 emergency have seen many changes and adaptations over the last 18 months, both the Pandemic Unemployment Payment (PUP) and the Employee Wage Subsidy Scheme (EWSS) have continued to change and adapt to suit the current needs of the pandemic. Following on from the recent announcement of a move for Ireland from a period of continued restrictions to an easing into personal accountability and no further requirement to work remotely after late October, there are certain to be more changes and the likely phasing out of these schemes ahead.

We have often discussed in recent years, the many ways in which Revenue have automated their processes and functions to facilitate increasingly efficient compliance reviews, and in line with this, they have begun to increase checks on these schemes to ensure continued eligibility. As Covid restrictions begin to be lifted, new measures are required to ensure the smooth and fair operation of the scheme.

Revenue’s latest figures have shown that almost 41,000 employers were registered for the EWSS at the end of August 2021 and eligibility review forms have been issued to all. With only 70% of businesses having returned these forms, it is important to ensure that all business and financial information is up to date and presented to Revenue on time as Revenue will withhold all support payments from employers who fail to file their forms on time.

These previous deadlines had been amended on two occasions. Access to the EWSS will be effectively paused until forms are submitted. This system of pausing is in place from Sept 1st, once eligibility is confirmed, payments will resume. Revenue have clarified this by saying;

We would advise getting eligibility forms submitted before the deadline each month for the previous month to avoid any delays or disruptions to your payments, which could financially damage your business. Should you have any concerns or queries on any business or financial matters please do not hesitate to contact us here at EcovisDCA where we will be happy to help.

Recently, the Revenue Commissioners have collected approximately €61million in taxes, penalties and interest during their ongoing investigation of over 800 medical consultants. It is believed that there was a significant underpayment of taxes by 276 consultants who had incorporated their private medical practices and other companies. These investigations are currently ongoing and to date, 36 consultants have been published on the Revenue’s list of tax defaulters. The findings include so-called “future uplift” or the estimation of future taxes collected.

Chairman of the Revenue, Niall Cody has been recently quoted as saying of the investigation:

“These are high-wealth individuals. These are people with significant incomes and there has been significant underpayment of taxes.”

This investigation has been underway since 2010, when Revenue suspected that a wrongful tax planning strategy was being marketed towards medical consultants. The incorporation of medical practices can be a legal form of tax avoidance, however many of the practices registered have been found to have no commercial reality, positioning these particular practices in the realm of illegal tax avoidance.

The chairman was also quoted as saying that these individuals had seemingly forgotten the “legitimate boundaries” in relation to tax matters and had wrongfully claimed expenses that were either non-existent or not relevant to the business they were claimed against. Nanny costs and private home expenses were among the expenses wrongfully claimed in some cases. Other issues identified are wages paid to underage family members. Mr Cody explained that in one case expenses were claimed for the services of a child working on a website “because the child was proficient in IT and the consultant wasn’t.”

825 cases have been opened in this investigation, with 552 cases now closed. In all cases closed to date it has been found that the consultants were not in fact acting in goodwill and were evading taxes wilfully and under full knowledge.

Wages were paid to underage family members by some consultants. Mr Cody described one case in which the expenses were claimed for the services of a child for work on a website, “because the child was proficient in IT and the consultant wasn’t.”

The Irish Hospital Consultants Association and tax advisers have asked Revenue to publish guidance on goodwill for medical practices.

Mr Cody was also quoted as explaining that if it seems too good to be true it is probably unethical which is a good rule for your tax matters. If you require any further guidance or advice on your own tax or financial matters, please don’t hesitate to get in touch with us.