You are here: Home1 / Economy 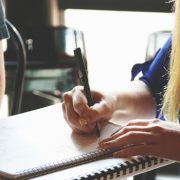 We have spoken many times about being a business owner or entrepreneur in Ireland today. Equally, and sometimes even more importantly for the day to day running of any company are its employees. This week we will focus on being an employee or job seeker in this country at the present time. Following the economic crisis, becoming full-time employed in Ireland became somewhat of a minefield with schemes like the JobBridge scheme offering training in new areas but effectively closing off a large section of previously available paid positions. Likewise, college graduates who were unfortunate enough to finish their studies just as the crisis occurred, may have found their new qualifications of little use. Naturally, we then saw a mass exodus of young workers seeking to utilise their skills on other shores.

Now that our economic situation has begun to improve, the question arises about the satisfaction of workers in Ireland. The 2016 LinkedIn Talent Trends report seeks to outline what it truly means to be a worker in Ireland. The report suggests that job seeking remains somewhat of an issue with the biggest roadblocks facing jobseekers including being offered incorrect roles by agencies, whilst not having full awareness of what the job entails is cited as another major issue. This calls into question whether our interview and job posting system is adequate enough for finding the right candidate. LinkedIn’s senior HR director for Europe, the Middle East and Africa (EMEA), Wendy Murphy has stated that

“67% of Irish professionals say that culture and values are the most important thing they want to know about a company”.

Again, information which is difficult to ascertain by using our current system.

Interestingly, Ireland is among few countries where the fact remains that the people you know are important in gaining access to many areas of employment with 40% of people quizzed stating that they gained their current position through someone they know.

Finally, it would seem that Irish workers are quite an ambitious group with this report finding that 45% of people left jobs due to a lack of available career advancement, whilst 40% admit to leaving in order to find a more challenging position.

In terms of what this report may mean going forward, rather than turning back on our existing employment methods, the recruitment website LinkedIn have stated that Ireland should embrace this method of gaining access to positions through people you know at the company. According to LinkedIn companies should harness this notion and inform current employees of vacancies when they go live in order for existing employees to become ‘brand ambassadors’ and bring new talent to the company.

Should you have any queries or require any guidance on your own employment quest and finances, please don’t hesitate to contact us here at DCA Accountants where we will be happy to help you on your business journey.