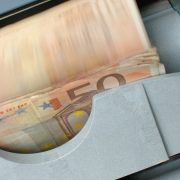 As of February 1st, 2020, there will be an increase in the National Minimum Wage for employees over 20 years of age. The minimum wage for these workers has increased from €9.80 to €10.10 with immediate effect. It is advisable that you notify all employees currently receiving a minimum wage of this change before their next payslip to ensure that they know this change will be in effect immediately.

For all workers under the age of 20, there will also be an increase in line with the minimum wage guidelines. These new rates will be as follows:

Regina Doherty of the Department of Social Protection has said of the increase:

There is still a way to go before we are on par with the current living wage estimate of €12.30 per hour, but any increases are of course a step in the right direction for low-income workers and their families with our ever-increasing cost of living as we continue to see working people living under the poverty line. Chief Executive of Social Justice Ireland has stated that Ireland has one of the highest rates of low-paid employment in the OECD (The Organisation for Economic Co-Operation and Development).

It is also advised that in light of these increases, employers should take a look at their current rates for Sunday work as legislation states that employees should receive reasonable compensation for this work, whilst the amount is not specified it is suggested that a 25% premium may find its way into legislation and it may be wise to follow this template going forward.

Should you have any concerns or queries on any business or financial matters, please don’t hesitate to contact us here at EcovisDCA where we are always happy to help.

As we have now hopefully all shaken off the last of the holiday tiredness and the children are all back to school it is now officially time to get back to work and build on the successes of 2015. While we don’t condone this type of behaviour, none of us can be held responsible for what happens to the last couple of biscuit and chocolate boxes laying around all of our offices and homes this month. Whilst our diets may take a hit, our ability to inform and assist will not so we are back this week with information on a new Bill which has been introduced.

The Industrial Relations (Amendment) Act 2015 was signed into effect in July of 2015 and actively commenced in August 2015. The amendment of this Act will have several consequences on industrial relations, all of which it is important to be aware of in order for your business to be properly equipped to deal with the main changes in this Act. Here we have collated some of the main changes which can be expected and which might have an effect on your business. Two of the most obvious changes here will be to non-unionised companies.

This Act reintroduces a structure for the above which allows the Labour Court to review and introduce new rates of pay. This may affect your own business as changes to the current minimum wage of €9.15 can be expected.

It is thought that this Act will result in a great deal more trade disputes being referred to the Labour Court which may result in employment terms being laid out by a third party. Prior to this Act, the Labour Court was unable to conduct investigations unless there is a larger number of employees involved in the dispute. There have however been assurances that the Act will not result in Collective Bargaining issues.

There may also be additional changes to issues such as sick pay, pensions, holiday pay etc. which will of course all be dependent on each specific company. We would advise that all business owners read over this new amendment and its coming recommendations in full in order to be best informed.

Full details of the changes and recommendations will be published in the coming weeks but until then it is always wise to have information on any of these changes so that your business can be better prepared for any issues which might arise. Should your company already recognise a union, there are unlikely to be many additional issues arising from this amendment.

Should you have any concerns or queries, as always please don’t hesitate to contact us here at DCA Accountants.