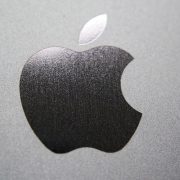 You would have been hard pushed to miss the recent upset in the taxation camp in the last couple of days as it was announced that a ruling took place on August 30th in relation to the tax arrangements of tech giants Apple in Ireland, the ruling stated that the company had been offered special treatment in Ireland. The European Commissioners will be required to raise a tax assessment on Apple in the coming months as the EU rules that the company’s Irish tax arrangements were illegal under state aid rules. This ruling is expected to come in the next couple of days. It is likely that the company could face a bill for back taxes of up to €13billion. Both the Irish government and Apple’s CEO Tim Cook have insisted that Apple were not in fact offered any special deal on taxation.

Whilst from the outward appearances a gain of this magnitude for Irish finances may seem like a bonus for important spending like hospital, schooling and housing, it has been stated that should all appeals be lost and this cash revert to the Irish state, it has been suggested by experts that it be immediately be used to pay down the national debt instead. Finance Minister Michael Noonan insisted that Ireland would appeal the ruling in order to;

“Defend the integrity of our tax system; to provide tax certainty to business and to challenge the encroachment of EU state aid rules into sovereign member state competence of taxation.”

Whilst Apple CEO Tim Cook has staunchly denied that there was any special treatment given, stating that:

“We now find ourselves in the unusual position of being ordered to retroactively pay additional taxes to a government that says we don’t owe them any more than we’ve already paid. […]  We are committed to Ireland and we plan to continue investing there, growing and serving our customers with the same level of passion and commitment. We firmly believe that the facts and the established legal principles upon which the EU was founded will ultimately prevail.”

As well as stating that Apple are not only the biggest tax payer in Ireland, but the biggest tax payer in the world. The issue that arises here would be the damage that could be done to the business reputation of Ireland should this ruling come to pass and Ireland be ruled to have given illegal state aid to Apple in this case. Whilst the cash would be a boon to our debts, the government will not want to damage our international reputation with top global corporations with Minister Noonan going as far as to say that to collect the tax would be like “eating the seed potatoes” as the ruling could have far reaching implications for EU member states and their taxation systems as well as causing havoc for Ireland which has long been a haven for global companies due to the very nature of the taxation system in place.

Should you require any help or guidance with your own business or tax matters (the October 31st deadline for filing is approaching faster than you might think!) please don’t hesitate to contact us here at DCA Accountants where we will be happy to help.

As we have discussed previously, this year’s Finance Bill includes another massive clamp down on possible tax evasion by allowing the Revenue greater access to previously confidential information. In addition to this, there will now be greater measures in place to address current loopholes in Capital Gains Tax. These loopholes can result in major discrepancies which make it difficult to assess taxation in general and the consistent avoidance of payment creates larger financial issues.

Section 34 of this year’s Finance Bill is designed to tighten the definition of shares deriving their value from specified Irish assets for non-residents. The current loophole allows avoidance of Capital Gains Tax when cash is transferred to a company prior to disposal of shares. This means that when the time comes for shares to be disposed of, their value is derived mainly from cash rather than assets. In cases where the greater value lies in shares than assets, the company can avoid paying this tax.

Section 35 of the bill also limits the avoidance of paying Capital Gains Tax as it closes an existing loophole which allows for non-payment of this tax where a non-complete clause has been signed. Similarly, in section 36 of the bill, a provision has been made which prevents avoidance of the tax through transferring property to non-resident companies.

Another loophole which has previously resulted in the avoidance of paying Capital Gains Tax is a provision which defers the tax if companies are sold within a larger group. The new bill includes a section which puts an end to the misuse of this particular provision (section 38 of the Finance Bill).

These measures are designed to counter avoidance of this tax and others, and as our technology advances we are sure to see further measures put in place in future Finance Bills as the Government ramps up its efforts to counter tax evasion. Since the onset of the financial crisis, there has been a consistent effort to put an end to tax evasion, occasionally to the detriment of other seemingly more crucial issues such as the housing crisis. It is hoped that creating preventative measures such as these will be enough to stem the flow of current tax evasion and prevent future efforts at avoidance, rather than creating further loopholes which will need to be closed off. This will, in turn allow the financial focus to shift elsewhere.

If you are concerned about your status in paying Capital Gains Tax, or indeed any form of taxation and require some professional advice regarding your financial matters please don’t hesitate to drop us a line here at DCA Accountants